NOTTE BIANCA, the one night in the year when the capital city comes alive with a multitude of performances, exhibitions and events.

Notte Bianca is a FREE annual event that takes place in and around Valletta. This year’s celebration of culture and arts will take place on Saturday 5th October 2013.

‘Visitors to Notte Bianca do not come to Valletta to have intellectual stuff thrown at them – they usually come to soak in the atmosphere, wander around the streets and enjoy whatever is happening around them.’ Artistic director, Sean Buhagiar.

During Notte Bianca, Valletta’s museums, private and public art galleries, and other cultural venues offer free entrance and are open almost all night. The capital is transformed into a city-wide festive gathering; including music, dance, film and performance.

Do you enjoy Museum Hopping & City Life? Then imagine how Spectacular they must be at night!!

On this occasion the Grand Hotel Excelsior is offering a Special Offer which includes:
• Accommodation in a Deluxe Partial Sea View Room
• A 20% OFF the Bed and Breakfast Rate
• Welcome drink upon arrival
• Daily Buffet Breakfast
• One way taxi transfer from the Malta International Airport to the Grand Hotel Excelsior
• Use of indoor and outdoor pool and fitness centre
• Complimentary pressing service during your stay

If you would like to stay updated with events in Malta and things to do during your holidays kindly subscribe to the Grand Hotel Excelsior Malta’s Newsletter. This Luxury Hotel in Malta offers special all year round packages for your unique holiday in Malta. 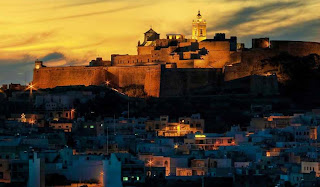 Maltese Prehistory
The Mediterranean island of Malta figures in the historical record of Europe due to its association with the Knights of St. John of Jerusalem. However this small island, of 243 square kilometres, has a far greater importance in European prehistory due to its extraordinary collection of megalithic temples.

According to the studies of orthodox archaeologists, the remains of bones, fragments of pottery, and marks of fire indicate that human beings have lived on Malta since at least 5200 BC.

Malta temples
Evidence suggests, these early people lived in caves, but later built huts and villages. Approximately 1600 years after their arrival in Malta, these people began the formation of stupendous megalithic temples. The ruins now remaining are the bare skeletons of once magnificent structures, mostly roofed over, paved, furnished with doors and curtains, and beautifully decorated with sculptures and paintings.

On the Islands of Malta and Gozo, one may find around 23 temples in various states of preservation although the remains of 50 temples have been found. No particular pattern emerges from the distribution of these temples and this may be explained by the probability that numerous temples were destroyed in antiquity and that others remain to be discovered.
Amongst these 23 temples is the Hypogeum which is situated in Paola, and was discovered surprisingly by workmen digging at about 3.5 m under the road surface. The word Hypogeum comes from the Greek word “Ipogaina”, which means, “an underground construction sunk into the solid rock.” It is a UNESCO World Heritage site like the other temples in Malta. This underground temple is made up from a set of rooms and caves dug by Copper – Age people, most probably between the years 4100 B.C. and 2500 B.C. At the beginning of its existence, the Hypogeum was used as a temple or sanctuary as well as a burial place. This is
known due to its architectural resemblance to the freestanding Megalithic Temples outside. However the greatest evidence present is the several statuettes of the Fat Lady, their goddess of Fertility. A big statue of a “sleeping Lady” was also found in this temple. The discoveries of some 7,000 human bones were also found in the temple and many dead people were found buried with their personal belongings.
The megalithic temple of Hagar Qim is another historical wonder situated in the West of Malta, near the village of Qrendi and was built between 3600 B.C. and 3000 B.C. The name Hagar Qim means “freestanding boulders” and was first explored in 1839. Hagar Qim was the third temple to be built in the Maltese Islands and its layout is very similar in shape of the other temples. The original alters previously found in the temple can now be found in the Museum of Archaeology.
Though of more recent origin than the great megalithic temples, the Romanesque basilica of Ta’ Pinu is of importance as a pilgrimage site. Legends relate that in 1883, a local woman named Carmel Grima heard a voice telling her to pray by a 16th century chapel. A friend, Francesco Portelli, confirmed that he had also heard the voice and thus they prayed together for Francesco’s bedridden mother and she soon experienced a miraculous recovery. More miraculous healings were thereafter reported and from thanksgiving offerings the present sanctuary was built in the 1920’s.The sanctuary incorporates the early chapel, whose original caretaker, Pinu Gauci, lent his name to the site. The Ta’ Pinu Shrine is visited for its healing qualities and is also sacred to sailors. Many locals as well as foreigners visit the site to offer thanksgiving and pay for healings.

If you are planning your next holiday to Malta, stay in a top five star Luxury Malta Hotel that offers superior Accommodation. Our Chauffeur Driven Service can guide you on where to go in Malta during your stay.