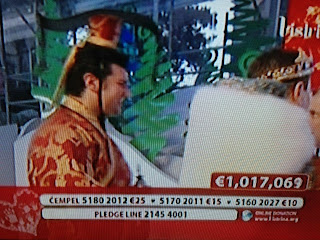 Just after donations during this year’s L-Istrina reached EUR1 million, the Three Kings together with the Grand Hotel Excelsior’s Sports and Social Members donated the sum of EUR3,903 to the Malta Community Chest Fund. 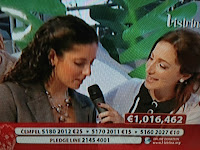 The sum was collected through this year’s Santas’ Swim, employees’ contributions from their monthly salaries, events organised by the Sports and Social Committee and also through tips collected during the Sunday Lunch of the 23rd December.
“Grand Hotel Excelsior Malta is proud of its close cooperation with L-Istrina and the Malta Community Chest Fund, and our contribution is our thank you to the Office of the President of Malta for its sterling work in organizing such a great event of solidarity that unifies the Maltese nation” said General Manager Mr. Norbert Grixti.
Stay updated with events taking place at this Luxury Malta Hotel. 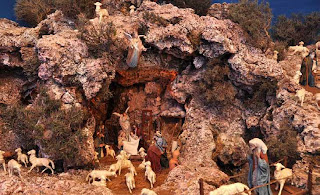 The Maltese tradition of crib making (“presepju”) was influenced from Sicilian cribs. The earliest Maltese crib known was built at the Dominican Friars Church in Rabat in 1617. Another crib dated on the framework 1826 is found at the Benedictine Nuns in Mdina Malta; and another from the same period is found in Birgu, which has been over restored and not much left from the original. As cribs became more popular they also became more ‘Maltese’ with people replacing the Italian looking buildings and workers with local ones. Flour windmills were and are still popular features in a crib scene. 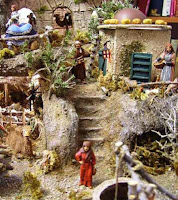 In Malta, two types of cribs are made-either in the shape of a grotto, or as the traditional large crib. The popular family crib (“presepju tal-familja”), is made with simple materials such as a thin wood base and chicken wire to hold the structure, this is covered with ‘paper mache’, made with home made flour glue. When finished, the crib is left to dry for days, before being painted with bright powder colour. Cardboard, burnt coal or pieces of rustic stone, easily found in Maltese countryside are used to structure larger cribs. Most cribs feature Jerusalem city as the back scenery. Some large cribs are worked mechanically creating the figures and other features moving around the countryside of Jerusalem with various caves, valley, hills with one word and streams.
The first Nativity scenes were decorated with expensive clay figures from Sicily. People could not afford to buy them, so several local crib dilettante, started moulding small clay figures and hand painted the face, hands and clothes. They were very rough and easily broken, so plaster moulds with local earth clay were used, and pressed to produce figurines called “pasturi”, derived from the Italian word “pastore”, which means shepherd, they were sold in many shops for a penny- “pasturi tas-sold”.
The most popular “pasturi”, were dressed in Maltese costumes, representing traditional crafts such as farmers, shepherds, the baker, climber, and the simple man full of wonder with both hands lifted up. Other popular “pasturi” include the musicians, the bagpipe player, the hand drummer, the friction drum player, and the two partners of Maltese folk singers.
The crib has become part of our country’s traditions. With great pride the whole family shows the decorated crib to every one who visits their home during the Christmas festive season.

If you are planning a visit to Malta enjoy your stay in a Luxury Malta hotel. The Excelsior Hotel Malta Team will make sure that you experience the unique Maltese Traditions. 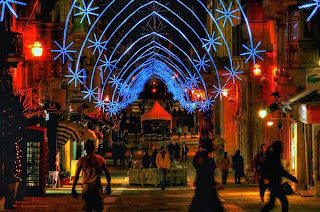 Christmas is a very important day for the people of Malta and its sister Island of Gozo. In Maltese Happy/Merry Christmas is ‘Il-Milied it-Tajjeb’.
Christmas in Malta
For a very special, spiritual evening, one should join the congregation at St. John’s Co-Cathedral in Valletta for candlelit carol singing. Other Baroque parish churches across the Maltese Islands are just as awe-inspiring during Advent. Their interiors are decked out in papal crimson and altars are adorned with flowers. All churches have a calendar of events, ranging from the procession of Mary and Joseph, to streets with groups of children carol singing. The Churches are decorated with lights and nativity cribs known as ‘Presepju’, built by the church goers. Christmas Eve’s midnight mass is the most significant holiday tradition in Malta as the country is widely Catholic, thus churches are heavily populated during this ceremony. During midnight mass, a boy or a girl, normally aged 7 to 10 years old, delivers a homily instead of the priest. This is called ‘Priedka tat-Tifel’ which means the preaching of the child.
Maltese traditions
Maltese people enjoy a wide range of food at Christmas. Traditionally, the Maltese house-wife kept the fattest rooster, ‘hasi’, especially for Christmas Lunch, which was roasted at the local bakery in a casserole dish full of potatoes and vegetables. The customary dessert served at Christmas was the Treacle Ring, ‘Qaghaq tal-Ghasel’. To finish it off, a hot Chestnut and Cocoa Soup, ‘Imbuljuta tal-Qastan’, which was served as a cosy night cap during the cold December days. Today the traditional Maltese menu has made way for Christmas Turkey, Christmas Cakes, Christmas Puddings and Mince Pies, all inherited during 164 years of British rule (1800 – 1964) in Malta. The Italian Panettone has also become a Christmas favourite amongst Maltese residents. Some of the Maltese are nowadays enjoying their traditional Christmas Lunch together with their families in superior Malta Restaurants.
If you would like to experience memorable Malta Holidays, then contact the team of this leading Malta Hotel.