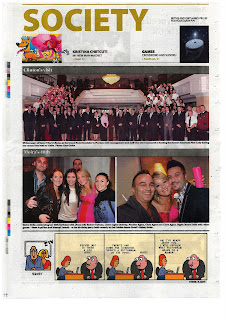 VALLETTA, MALTA, October 2011 – The management and staff at the Grand Hotel Excelsior are extremely honoured to have had the opportunity to host the US Secretary of State Hillary Clinton during her successful visit to Malta on the 18th October 2011.

The Grand Hotel Excelsior strongly believes in its commitment to promote Maltese hospitality to all its distinguished guests. Madame Secretary left a note note in the Hotel’s Visitor Guestbook saying “Thank you for your gracious hospitality and warm welcome to Malta. All the best.”


﻿ This was one of a series of events where the Grand Hotel Excelsior played host to prominent people. For the past three years, the hotel played host to the well known artists performing at the yearly concert, Isle of MTV – Lady Gaga, Enrique Iglesias, Black Eyed Peas, Scissor Sisters, David Guetta, Kid Rock, Kelis to name but a few. Tom Jones, Rod Stewart and Ronan Keating, who were in Malta to give a concert, also chose to stay here.