Tiki… the place to be this Summer… 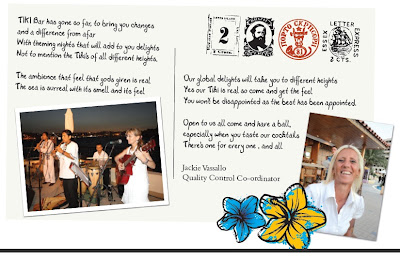 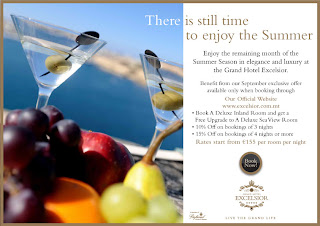 Enjoy the remaining month of the Summer Season in elegance and luxury at the Grand Hotel Excelsior.
Benefit from Our September Exclusive Offer available only when booking through Our Official Website…
Rates start from 155 Euro per room per night.

Celestino and His Olive Trees 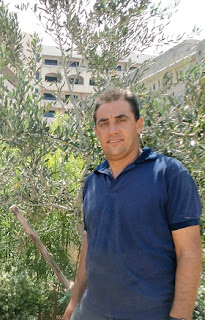 One look at our landscaping manager and his genuine smile leaves no doubt about his passion for Excelsior Hotel’s trees, plants and flowers. Celestino is especially fond of the olive trees which are everywhere around the hotel.
Olive trees are among the oldest known cultivated trees in the world. Genetic and archaeological studies indicate that the original center of olive cultivation was Israel, Lebanon, Cyprus and Crete.
The Jewish people knew about the olive tree thousands of years ago. In the Hebrew culture, the olive tree symbolized peace and happiness.
Olive tree cultivation was spread to Greece or North Africa to Italy and to other Mediterranean countries around 600 B.C. The olive tree was probably introduced to Spain by the Greeks, the Romans and the Arabs.
The olive tree is of great historic importance. It played an important role in areas such as diet, religion, and the decoration of pottery, of walls and of gold pieces of art. It also constituted the symbol for peace, wisdom and victory. The crowning wreaths for the winners of the Olympic games were made of a wild olive branch (Kotinos).
The therapeutic properties of the olive oil were known to Hippocrates, the father of medicine. The consumption of a spoonful of oil was common practice for many people and still is for some, despite the advancement of pharmacology.
During your holiday in Malta, if you need to know more about how we take care of our olive trees, please ask Our Front Office team to contact our colleague Celestino and he will be more than happy to explain further.