VALLETTA, MALTA, 31st January 2011 – The Grand Hotel Excelsior Malta has added another award to its portfolio. This Luxury Malta Hotel has been presented with the HolidayCheck Award 2011. HolidayCheck is an internet site which provides hotel reviews, travel pictures and tips by travellers, as well as recommendations.
Last year, a large number of satisfied guests evaluated and recommended the Excelsior Hotel Malta on HolidayCheck. The organisation honoured the 99 best hotels worldwide from over 400,000 hotel reviews. This year that includes the Grand Hotel Excelsior Malta in the City Trips category.
Mr. Ziegler, Head of B2B, Holiday Check, wrote to the hotel ‘We congratulate you on receiving this award, which is a real tourist audience award’.
The management of this Spa Resort Malta would like to thank its loyal guests for taking time to post positive reviews on this site and looks forward to welcoming new and repeat clients who are looking to experience the epitome of luxury on the doorstep of the capital city, Valletta.

The Grand Hotel Excelsior, surrounded by 15th century bastion walls built by the Knights of St. John.
For more information about this Luxury Malta Hotel kindly contact us on 00356 21250520 or on info@excelsior.com.mt.
﻿

The Grand Hotel Excelsior, a Top Malta Spa, is offering you suggestions on how to beat the winter chills and prepare for the summer holidays. Enjoy a pampering manicure in the comfort of your home.
Just follow the steps and demonstration in this video which has been cordially compiled for you by Le Grand Spa Malta.
And if you are planning your relaxing Spa Holidays in Malta kindly visit the website of this Luxury Spa Hotel Malta and see how you can treat yourself to a rejuvenating experience – http://www.excelsior.com.mt.

Call the Grand Hotel Excelsior Malta on 2125 0520 to book a romantic room with a marina view, experience the spa together with your loved one or simply to taste 5-star Cuisine at its finest. 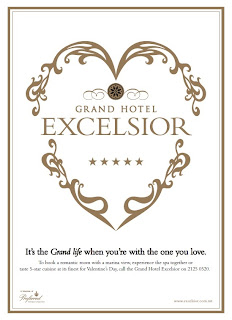 Click On Image to Enlarge.
Also Check Out Our Valentine’s Spa Packages at the Grand Hotel Excelsior Malta.
For more information kindly contact one of the top Luxury Malta Hotels on 00356 2125 0520 or by email on info@excelsior.com.mt.