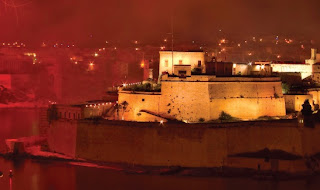 Valletta can be described as a living experience of Baroque architecture, dotted with quaint cafes, and over 25 churches, testament to the centuries-old grained Catholic faith of the Maltese nation. With its fortifications and history-filled streets, is probably the best known place in Malta and gems such as St. John’s Co-Cathedral justify its reputation.
Malta’s majestic Grand Harbour is one of the most spectacular ports in the world separating the capital city of Valletta from the historic cities of Vittoriosa, Senglea and Cospicua. The harbour has been a hive of activity for over two thousand years. With its imposing fortifications and vast panorama, Grand Harbour is Malta’s principal maritime gateway and a popular port-of-call for ships that are cruising the Mediterranean.
The Three Cities of Cospicua, Vittoriosa and Senglea are three of the oldest towns on the island of Malta. The town of Vittoriosa played an important role in the 1565 Great Siege of Malta.
Vittoriosa was the town in which the Knights of Malta settled in on their arrival from Rhodes in 1530. Vittoriosa together with Cospicua and Senglea form three important walled cities along one side of the Grand Harbour. The town of Kalkara is located close to the Three cities. The town gets its name from the latin word calce (lime) since a lime kiln was located here during the Roman times. In Kalkara one finds the quaint hamlet of Santu Rokku and Fort Ricasoli which over the years has been used for the construction of film sets for important blockbusters like Gladiator and Troy and the recent Agora.
For information on Things to do in Malta during your holiday speak to the Transport Desk at the Grand Hotel Excelsior Malta and they will guide you with some of our popular Malta Excursions.