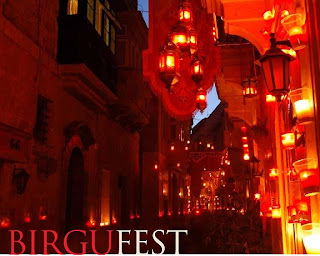 Birgu, also known as Vittoriosa, is a town situated on a peninsula in Malta’s natural harbour. Throughout Maltese history, Birgu can easily claim to have been the Island’s former maritime capital. Birgu is located in the southern part of Malta forming part of the Three Cities which is a collective description of the three fortified cities of Birgu, Cospicua and Senglea.
Of the Three Cities, Birgu is the oldest and takes primacy over the others as it stands on one of the first inhabited sites in the Grand Harbour.

Birgu played a key role in Maltese history, and its importance peaked during the Order of the Knights’ period. It achieved resounding fame during the Great Siege, which marked the Order’s first significant land victory in its five hundred years of existence. It was on this occasion that Birgu earned its name Vittoriosa meaning victorious.
During the Second World War, Birgu, like the other places on the harbour, was submitted to unceasing air attacks. Destruction was widespread with more than 60% of its buildings were wiped out. Churches, palaces and houses lay in ruins after the devastating attacks.
Now Birgu is a tourist attraction with lots of history to discover and one of the most famous Yacht Marinas in Europe. The historic Vittoriosa Waterfront contains the former Palace of the General of the Galleys and the Order of St John’s treasury. The area was refurbished in the early 2000s, and both buildings are used for other activities: the former is now a casino, while the latter is home to the Malta Maritime Museum. A second museum, the Vittoriosa 1565 Museum, is also located in the own and is dedicated to the siege and the battle in 1565.
This year the Birgufest will once again host locals and visitors alike, for another edition of the candle lit magical evening, together with a variety of traditional music, choirs, local and foreign bands. For the young at heart, concerts by renowned local bands will rock the main square of Birgu on Friday and while on Saturday the people of all ages can relax to a concert of mixed music including jazz.
If you would like to immerse yourself into the rich history of Malta and learn more about old Maltese traditions and customs then the Birgu Festival is one that you would not want to miss! Join thousands of others and head to Vittoriosa for this fascinating festival which will be held on the 19th-20th of October 2012.
Should you wish to experience this event kindly contact our transport desk on transport@excelsior.com.mt and they will organise your transfers. And for more information on Things to do in Malta during your holidays kindly contact the concierge desk at the Grand Hotel Excelsior Malta. 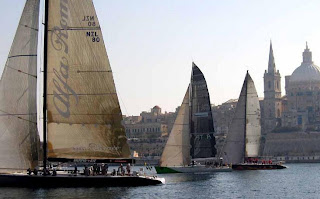 The Rolex Middle Sea Race is taking place on the 20th October 2012 and one should not miss the opportunity to make their way down to Malta’s Grand Harbour to witness the start from any of Valletta’s fortifications. This race is a sight worth viewing.
This exceptional race is a highly rated offshore classic and a spectacular event hosting a record of 78 boats in recent years thanks to its Organising Committee who have managed to bring Rolex on board as the title sponsor. This year, in 2012, the Royal Malta Yacht Club is organising the 33rd Edition of this race with 70 participants. 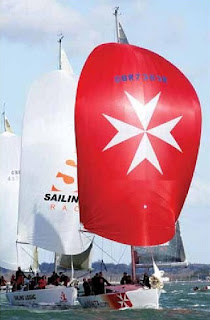 The Middle Sea Race began as the result of sporting rivalry between great friends, Paul and Jimmy who competitively raced in Malta in the early sixties. Paul and Jimmy, together with a mutual friend Alan Green, set out to map a course designated to offer an exciting and unique race. The resulting course was so inspirational that it is the same used today.
The race is considered to be a true challenge to skippers and crews who have to be at their very best to cope with the often changeable and demanding conditions that they face during the race. The race is blessed with unsurpassed scenery, taking competitors close to a number of islands, which form marks of the course. This magnificent race has been recognised all over the world including many prestigious figures such as Ted Turner, CEO of Turner Communications (CNN), who has written that the Middle Sea Race “must be the most beautiful race course in the world. What other event has an active volcano as a mark of the course?”
The race begins in Malta and heads for the Straits of Messina before circumnavigating Sicily. The course then goes on to take the racers past the breathtaking islands of Pantelleria and Lampedusa before returning to Malta and features Stromboli’s active volcano.

If you wish to stay informed of events taking place in and around Malta check out our Malta events page. 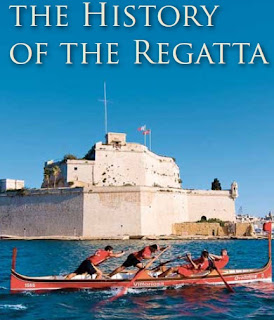 The 8th September is known as Victory Day in Malta. It’s a catch-all day because this particular public holiday has several roots, not one clear-cut raison d’etre for celebration: it marks the end of the Great Siege of Malta in 1565 and the end of French occupation on Malta in 1800, as well as the armistice of the Fascist regime in Italy in 1943, which saw the close of the Italian bombardment of the Maltese Islands.
Every nation has its hour of glory in battle. The Regatta is held on September 8th in Grand Harbour to celebrate Malta’s victories during the Great Siege of 1565 and the Second World War. The magnificent Fort St Angelo provides an imposing backdrop to the sleek and colourful Maltese boats. Band marches, water-carnival, boat races and display of colourful fireworks are the main features attracting large crowds to the capital city, Valletta, and the Grand Harbour.

Rowing teams from the cities bordering Grand Harbour such as Valletta, Vittoriosa, Senglea, Kalkara, Cospicua, Marsaxlokk and Marsa, participate in a number of very exciting races, marked by extreme rivalry between participating teams and their respective supporters. For weeks on end, the competitors prepare for the races with fanatic zeal and rivalry. In the afternoon of Regatta day thousands of people crowd the waterfront and the surrounding bastions and craft of every description converge to the Grand Harbour to watch the races.
The first 3 winners in each race are awarded prizes and the club with the highest overall points wins the Aggregate Shield. Each year the different regatta clubs do their best to win the shield, which is strongly contested.
The Regatta is a great fun event and a source of great local pride. If you’re in Malta on the 8th of September make sure you don’t miss attending!

If you would like information about things to do in Malta during your holidays, the dedicated team at one of the leading Malta Hotels are always ready to help you. So for a pleasant holiday in Malta stay at a five star hotel close to Valletta.