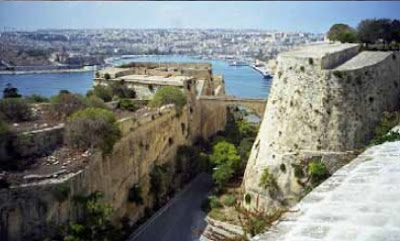 In her book Malta of the Knights, first published in 1929, Elizabeth Schemerhorn wrote that “the history of the fortifications of Valletta is the history of the Order in Malta”.
In reality it is the history of the Maltese archipelago itself which is, in many ways, a history of fortification. Certainly few other islands around the world can so eloquently claim the title of “island fortress”. Fewer still are those fortified landscapes which can boast such a rich concentration of stone-built defenses in a combined surface area that covers little more than 300 km2.
History of Malta
This vast legacy of forts and fortresses, citadels and fortified towns and cities, towers, batteries, and entrenchments, and concrete forts and World War Two bunkers and pillboxes which dominate this rocky and insular landscape bears testimony to the intense periods of military activity that have helped shape the history of the Maltese Islands. Over the centuries, Malta’s strategic location at the centre of the Mediterranean Sea, coupled with it’s excellent natural harbour, saw it play a leading role in the military struggle for supremacy in the region. This was accompanied by a nearly continual investment in fortifications, particularly from 1530 onwards when it was transformed into a frontline bulwark of Christendom by the Hospitalier Knights of the Order of St. John and then, after 1800, as Britain’s entrepot and naval base. 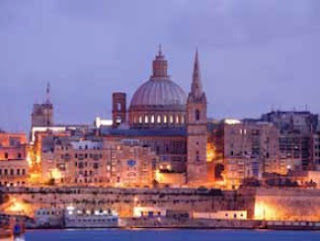 Surely no other place around the shores of the Mediterranean can match the diversity of shape and the powerful sculptural features encountered in Malta’s rampants, knit as they are of virgin rock, dressed stone and reinforced concrete. They are truly majestic essays of force encountering force, of grace under pressure. In terms of fortifications, the Maltese Islands are truly unique. This uniqueness has long been acknowledged throughout the course of history.
Malta owes this unique wealth of defensive architecture to three important factors: its geography, the Knights of St. John and the British military. Geography placed these islands in a position of strategic importance in the centre of the narrow channel joining the eastern and western basins of the Mediterranean, rendering to them a unique strategic relevance in the history of the region. It also endowed Malta with an excellent natural harbour, one of the finest first-class anchorages to be found anywhere around the shores of the Mediterranean, big enough to accommodate any size of fleet, and it furnished the archipelago with an easily worked stone ideal for realizing extensive building programmes.
Order of St John
The first to systematically exploit all these features for military purposes were the Hospitaller Knights of the Order of St. John. These warrior monks, who first came together in the Holy Land for the protection of
pilgrims at the time of the Crusades, were responsible for starting the process of militarization that was to result in the widespread fortification of the Maltese Islands. The Knights’ arrival in Malta in 1530 set off an unprecedented building spree, which over the course of the next 268 years, saw the whole harbour area, transformed into one large fortress system with kilometres of bastions, citadels, entrenchments, coastal batteries and towers.
The core of these fortifications is made up of a network of defences guarding the harbours of Malta (the Grand Harbour and Marsamxett), with their nodal point, the fortified city of Valletta, all of which were built by the Knights of the Order of St. John between 1530 and 1798.
This unique ensemble of permanent defences built mainly to the conventions of the bastioned style was then inherited by the British in 1800 who continued to augment and modify it as their naval base, eventually spreading the whole defensive effort to cover the remainder of the island with new important works of fortification, creating in the process a unique island-fortress system. In all, some of the 31 forts and large batteries, five fortified cities, three fortified lines (one of which is 12kms long), over 50 tower and coastal batteries, and hundreds of WW11 concrete bunkers and defences – comprising, together over 60 kms of fortifications were erected to defend the Islands’ urban settlements, harbours and shores.

Are you interested in the History of Malta? There is so much you can learn about Malta. To assist you the Grand Hotel Excelsior Malta is offering a special Malta Military and Heritage Package. Feel free to contact the friendly Team at this Luxury Malta Hotel who will assist you in planning your special Malta Holidays and inform your about Things to Do in Malta during your stay.