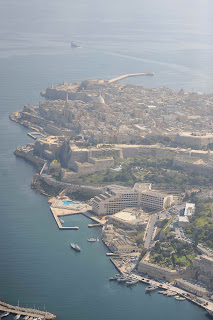 The Grand Hotel Excelsior Malta was chosen as a winner in the Top 25 Hotels in Malta, Top 25 Hotels for Service in Malta and Top 10 Luxury Hotels in Malta by TripAdvisor in its 2013 Travellers’ Choice awards.
Now in its eleventh year, the annual TripAdvisor Travellers’ Choice awards honour the world’s best hotels, earning their distinction from those who know them best – real travellers. Unlike any other hotel honours, TripAdvisor Travellers’ Choice winners are based on millions of valuable reviews and opinions from travellers around the world.
General Manager of this superior Malta Hotel, Mr Norbert Grixti, said, “We are excited with the achievement of these Awards and this reflects our commitment towards quality and service, by exceeding our guests’ expectations.”
“TripAdvisor is once again thrilled to recognise the world’s most outstanding hotels with the help of more than 75 million reviews and opinions from travellers around the globe”, said Christine Petersen, President, TripAdvisor for Business. “From the best bargain hotels to top luxury properties, outstanding service, value and quality are the hallmarks of our Travellers’ Choice winners.”
Reviews of the Grand Hotel Excelsior can be found at http://www.tripadvisor.com/Hotel_Review-g190328-d656905-Reviews-Excelsior_Grand_Hotel-Valletta_Island_of_Malta.html.